When EBS began its Bachelor’s programme in the spring of 1991, with more than 50 daytime students beginning their studies at the school, it was the first sign that the ambition of the Estonian Business School was to be more than merely a school, it was to be a university.

Four autumns later, glasses were joyfully struck together – on 3 November 1995, EBS received a license from the Ministry of Culture and Education to provide a university education in business. In the first issue of the student newspaper, published that November, Madis Habakuk said that the students, faculty and all personnel feel much better, but that the new status is also accompanied by greater responsibility.

While the first 22 daytime students completed EBS in 1995, receiving Bachelor’s level degrees in international business management, that autumn the evening Bachelor’s study programme was opened. A few years later, a student who had begun his studies in the evening programme described his expectations and those of his classmates in the EBS yearbook as follows:

Here we are! Around 70 young people, who are very similar, but at the same time so different. We have one goal – to find the Plan for Finding a Bright Future from the school.

Admissions interviews with future students in 1996. 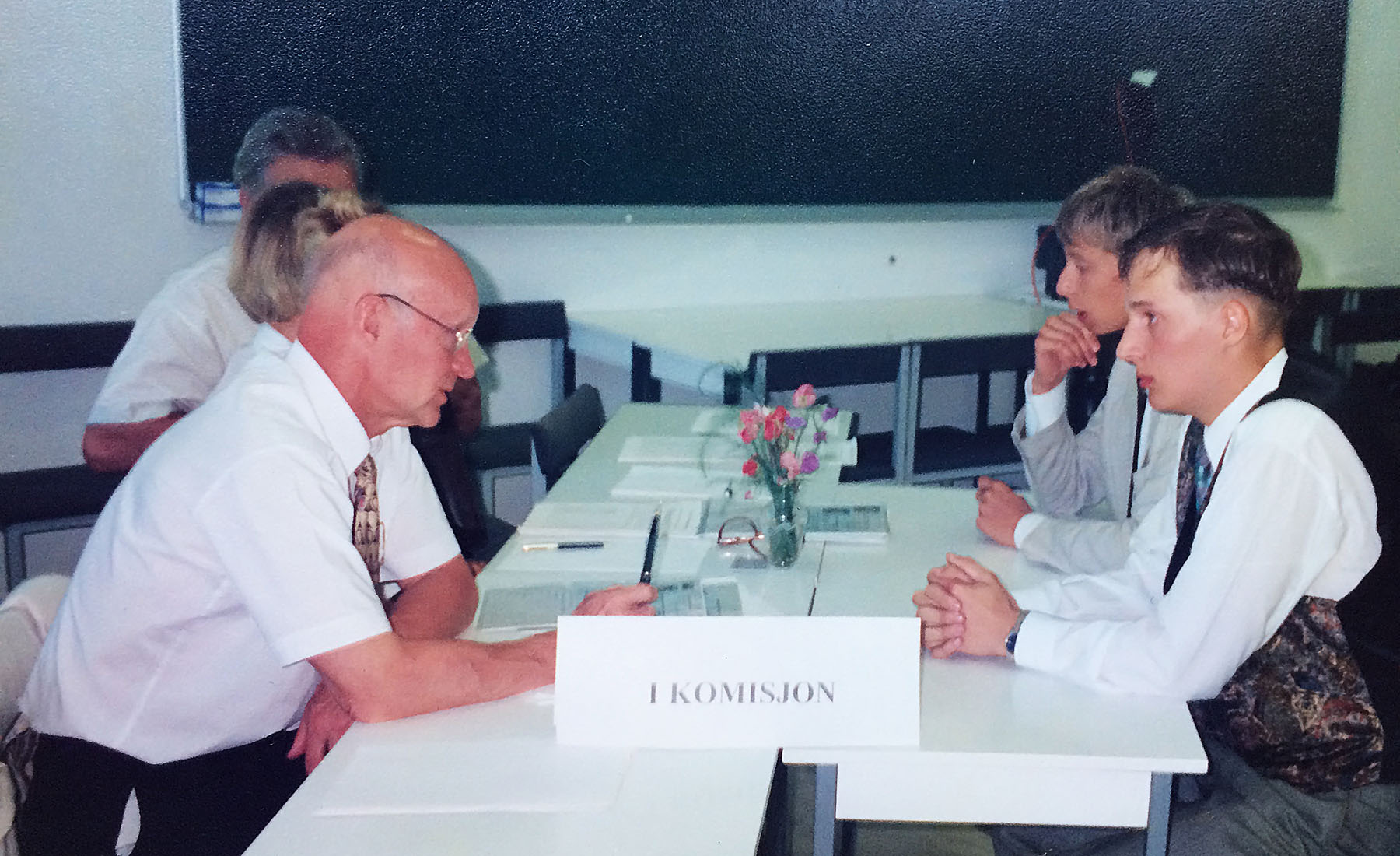 There were many who were searching for that bright future plan, and EBS enriched the selection of searchers with subsequent new opportunities. In 1996 the first students were accepted for an evening Diploma study in Business Administration and Entrepreneurship. In that same year the first entirely English language Bachelor’s study group began working. The 20 students who came to study had arrived from outside of Estonia – nearly 15 people from Finland, some from Russia and elsewhere, with Estonia represented by a few students possessing the requisite language skills.

1996. In the autumn of 1996, the complete higher education package was represented at EBS: diploma, Bachelor’s study, Master’s study and Doctoral study. Studying was possible in three different languages: Estonian, Russian and English, and the forms of study offered were daytime, evening and distance learning.