Two Estonians and an American

Madis Habakuk found supporters to help bring his idea to life not in Estonia, but on the other side of the big pond. In 1987, Habakuk met a rich American business man named Peter Marshall Fitzgerald.

A graduate of Stanford University, Fitzgerald had spent most of his career working in Ford plants. After leaving Ford, he founded his own company, Stanford Telecommunications, which dealt with the development of GPS technology. He retired early at the age of 49, but didn’t want to sit around on his hands all day; instead, he wanted to do something more ambitious: repair relations between the Soviet Union and the United States. But where to even begin bringing such an ambitious goal to life? 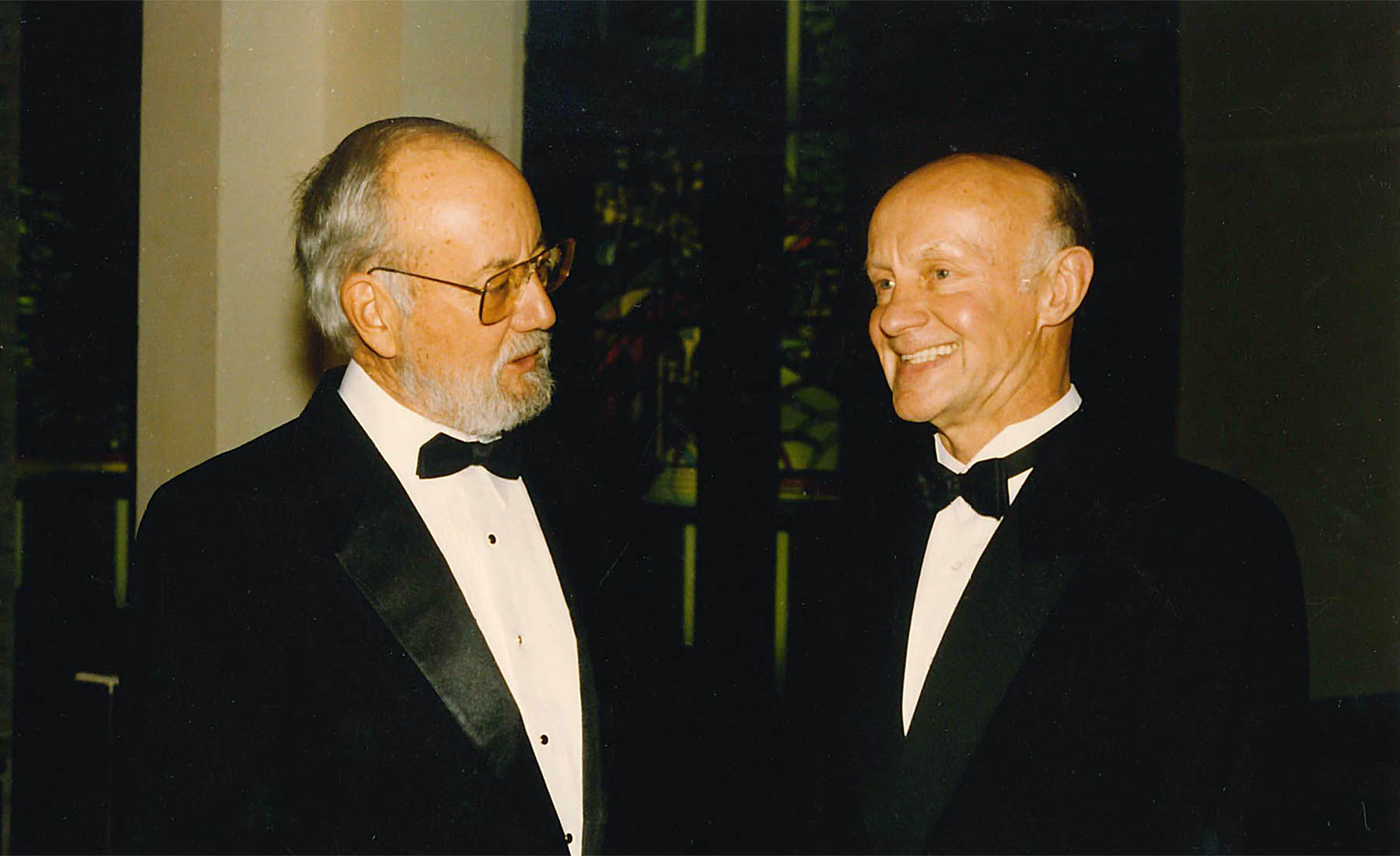 The American’s closest contact with the Soviet Union was Finland, where his friend Hannu Linnainmaa was living. Linnainmaa, in turn, knew Madis Habakuk and recommended that Fitzgerald contact him. So it was that the American arrived in Tallinn to meet with Habakuk. Dinner at the capital city’s most exclusive spot, Viru Varietee, stretched into the early hours of the morning, and by that time Habakuk and Fitzgerald had become friends.

The second gentleman who played an important part in the birth of EBS, Ilmar Martens, had been born in Estonia but had left and was living in Canada. Over the decades Martens had not lost interest in his country of birth and he was closely following the events taking place in Estonia. 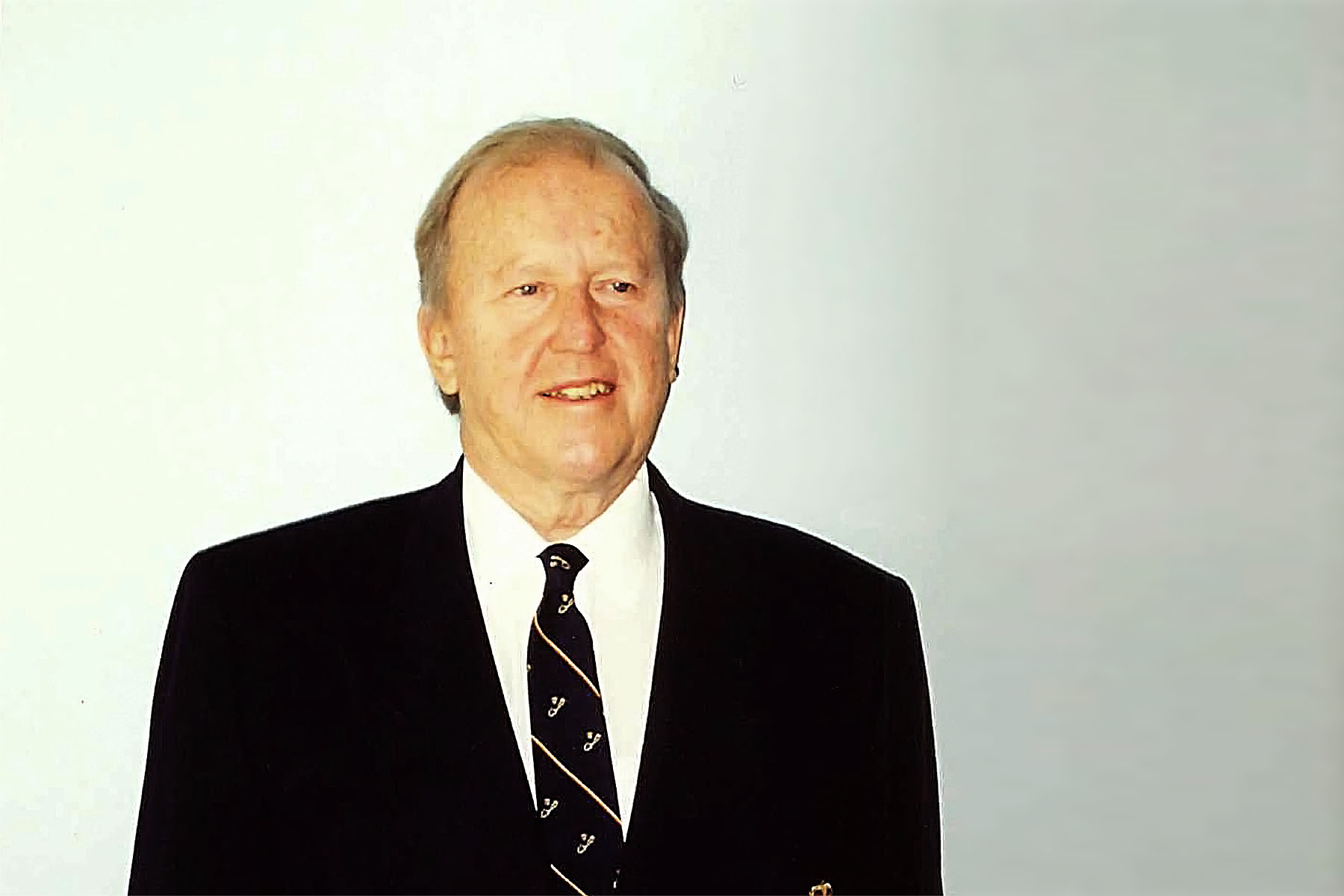 Ilmar Martens and Madis Habakuk were brought together by the letter written by the latter for an Estonian newspaper being published in Sweden. In the letter sent to the newspaper in the spring of 1988 there was a request for Estonians living abroad to help eliminate the 50-year gap in business education. Ilmar Martens answered that call. And so it was that the exchange of letters began between Martens and Habakuk, which culminated with a meeting in Estonia, where they spent nearly a week together. Madis Habakuk remembers Ilmar Martens as being a “fantastic person” and brimming with ideas. Martens’ lofty ideals gave flight to Madis Habakuk’s own imagination and once again a step had been taken towards establishing a business school.

Events developed in their own way. Pretty soon Marshall Fitzgerald invited Madis Habakuk to the United States for a three-week visit. From Washington, D.C., they moved on to California, where Madis Habakuk gave lectures at Santa Clara and Stanford University. His lectures were met with great interest. For a period of time Madis Habakuk lived at Marshall Fitzgerald’s mountain ranch, where a more specific set of guidelines was drawn up for the idea of founding the Estonian Business School. 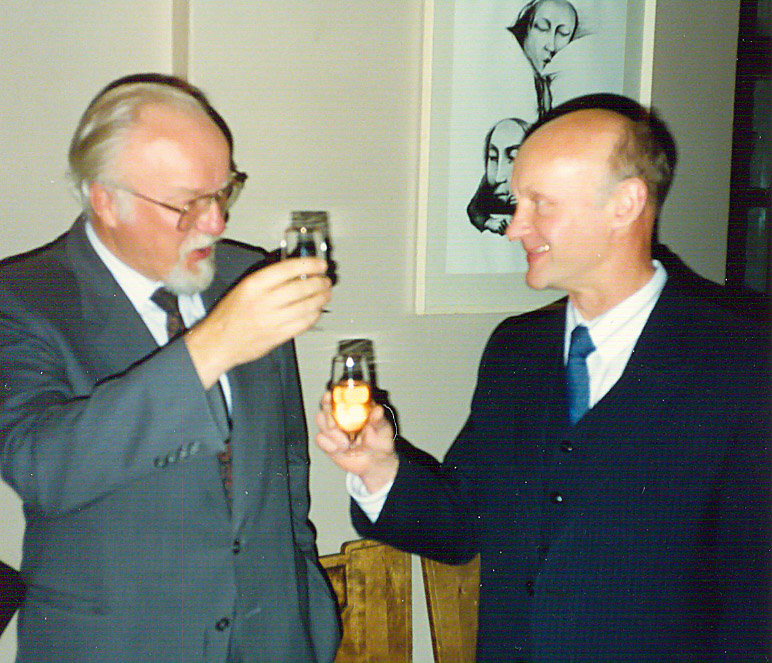 At the same time, Ilmar Martens had begun to discuss the possibility with several teachers, including foreign Estonian Rein Peterson, who was a Professor of Business at York University, of sending Estonian businessmen to study in Toronto. To discuss the matter in greater detail, the three men – Martens, Habakuk and Peterson – met in New York. Over a period of three days and nights, source documents for the Estonian Business School were fleshed out in Martens’ New York apartment and the principles were put in place.

In short, the men’s business idea was the following: to offer a year-round course, where one could acquire modern economic knowledge as well as intensively study English: Instruction was to take place in Estonia for the first six months, with the primary emphasis being placed on learning English. The plan was to then send the course participants to either Canada or the United States, so that they could learn about business and familiarise themselves with local businesses. Following their return to Estonia, the course participants had three months to write their final paper. The main target group for the one-year course were the heads of Estonian state enterprises, who were presumed to possess a prior higher education. And finally – the students themselves, and not the state, would pay for their studies.

Once the plans had been put in place in the United States and Madis Habakuk finally arrived back in Tallinn, he contacted management consultant Lembit Saveljev. Habakuk asked him to create a cooperative, which became the Estonian Business School. EBS was founded as a cooperative because other forms of private enterprise were not yet recognised in the Soviet Union in 1988. After about a month, at the beginning of December, the Estonian Business School’s documentation had been approved, the bank account opened and the first private educational institution in Estonia was free to open its doors.

Employees proficient in English and familiar with foreign trade practices were searched for on the Estonian labour market. Job advertisement in 1989 newspaper Eesti Ekspress. 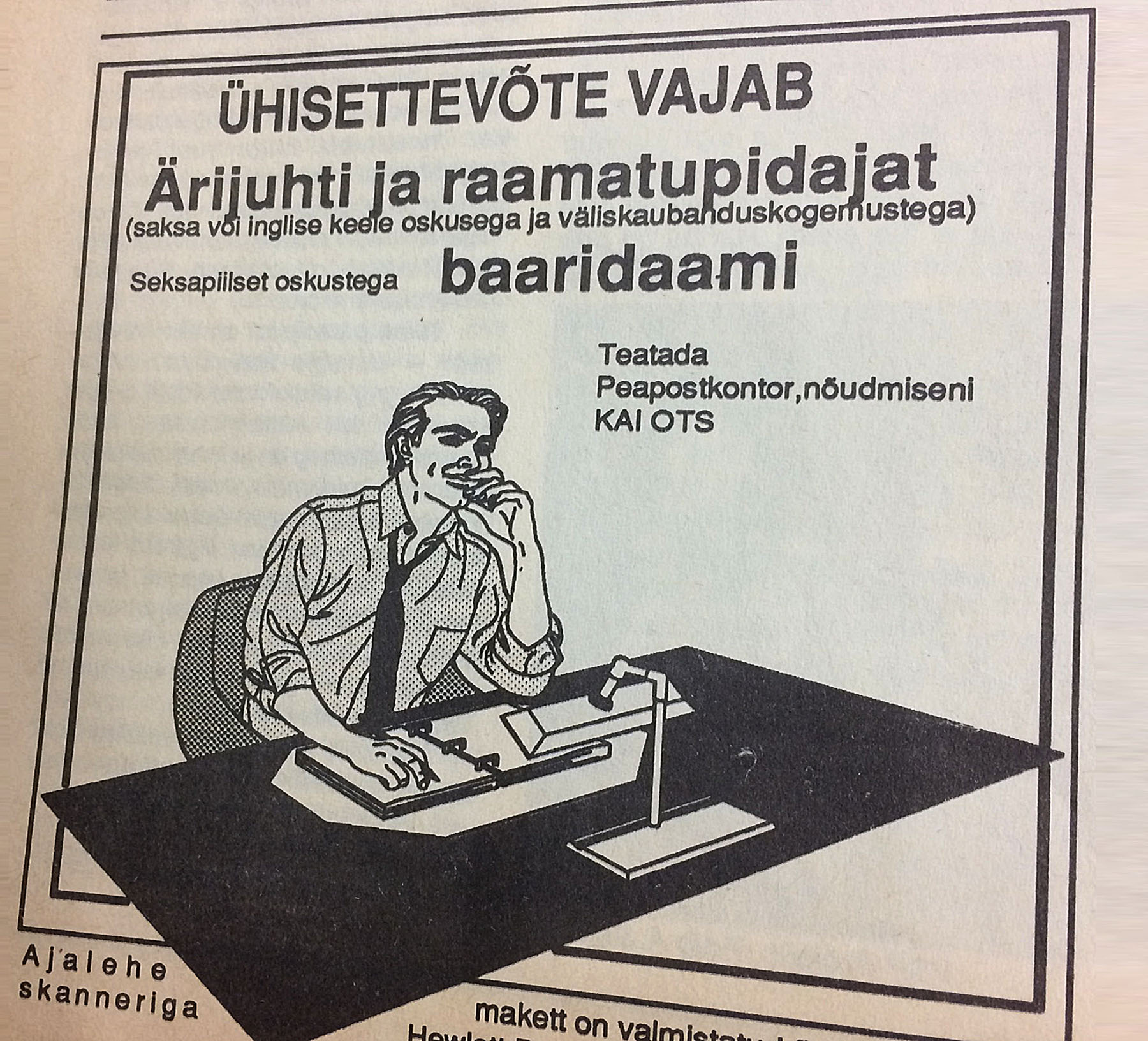 In addition to Madis Habakuk, the number of full-time employees at the new cooperative could be counted on one hand. Teaching consultants Urve Margus and Piia Sandla accompanied Madis Habakuk from the Institute of Economic Managers and bore the entire brunt of organisation. The secretarial duties were performed by Nelly Kolk, and Elin Saks was employed as the English teacher. This comprised the entirety of full-time employees. For example, Madis’ wife, Marje Habakuk, whose principal job was at the Economic Development Institute, handled the accounting. EBS’ first headquarters was located in the Habakuk’s home on Valgevase Street, in Kalamaja. To be precise, in Mardi’s room, the son of Madis and Marje, who was in Klaipeda at the time, serving in the Russian military.

When they founded EBS, Madis Habakuk, Marshall Fitzgerald and Ilmar Martens established seven principles to govern the functioning of the school.