Think on a global scale!

International scale has been characteristic to EBS from the very beginning.

“Think on a global scale!” Madis Habakuk has said, emphasising the importance of pushing beyond Estonian borders. Indeed, global scale is exactly what EBS has contemplated and pursued. From the get-go.

In 1993 EBSters went on a summer internship to University of Phoenix, USA. 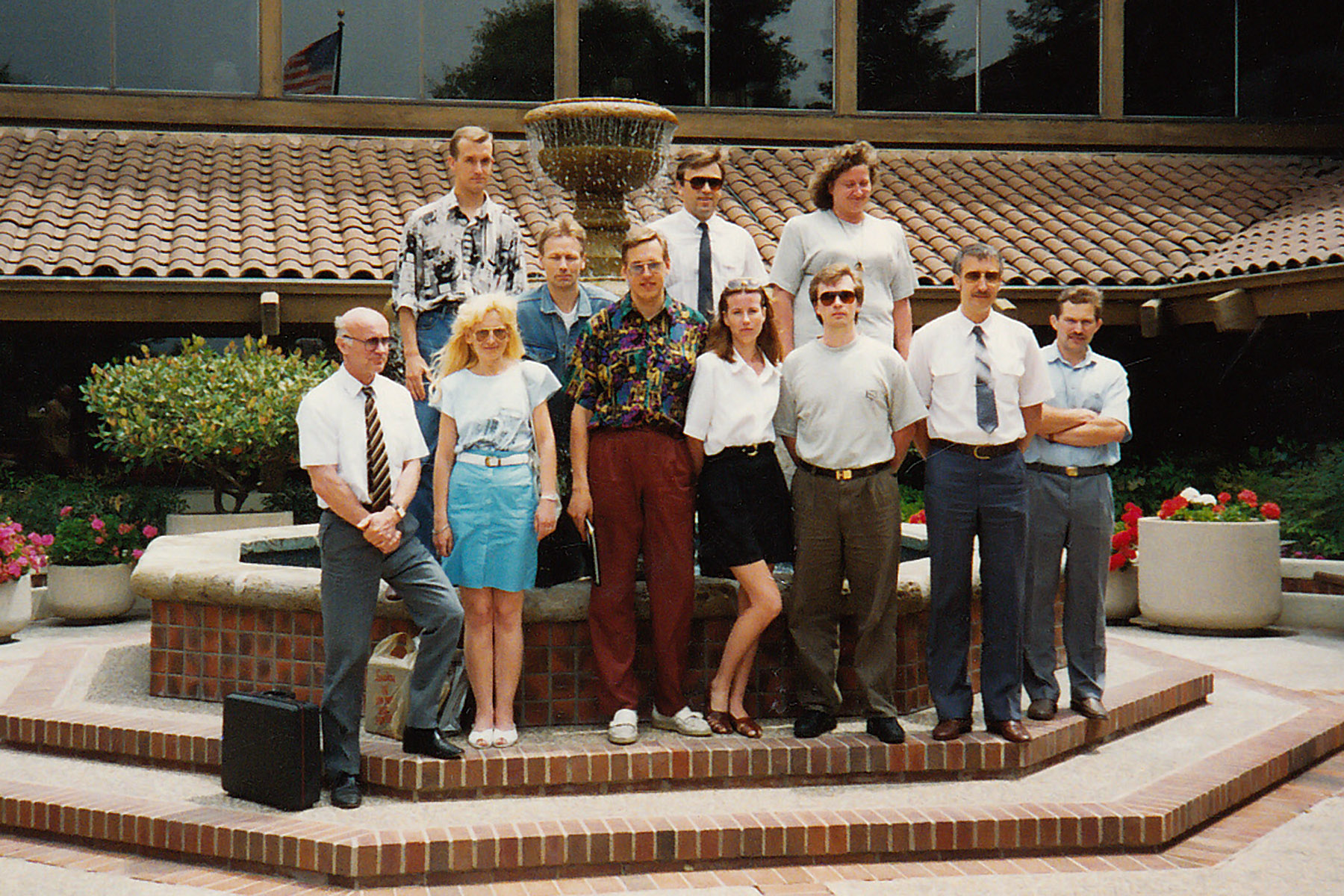 Let us remind ourselves of the practical training of EBS freshmen in USA and Canada – a project unparalleled in history. Enrichment training abroad was also available during Soviet times but only for the lucky few. A group dispatch, however, is an innovation. In addition to sending out Estonian students, Madis Habakuk also brought in foreign lecturers. When EBS first started out, there were no lecturers in Estonia, able to teach business – a socialist system did not engage in business.

International dimension – the alpha and the omega

Madis Habakuk, Marshall Fitzgerald and Ilmar Martens – the brains behind the creation of EBS – started out by laying down the seven principles for the business school. One of these principles was phrased as follows: EBS shall become an international educational institution, with international lecturers from the very beginning.

Madis Habakuk has described the recruitment of foreign lecturers as follows: “We had no trouble finding lecturers. As soon as we opened our doors, the first lecturers arrived from the United States, without even charging for their services.” Avo Meerits, who served as the EBS Vice President in charge of foreign relations between 1993 and 1997, adds: “We had quite a few western lecturers with a mission. They came to Estonia to experience a truly post-communist country. The lecturers mainly served on a scholarship basis, often without remuneration.”

For Estonian students, participation in lectures given by English-speakers required a proficiency in the world’s number-one trade language. “Language studies were nonstop and ever-lasting. In addition to English, German and Russian business languages were taught on a very high level,” Jaana Liigand-Juhkam, who started her bachelor’s programme in international business administration in 1996, recalls.