What will EBS be like in 2028? Seven EBSters try to take a peek at the future and predict what life will look like in EBS in ten years.

Exchange student from Wirtschaftsuniversität Wien (Austria) Katharina Binder.
Katharina earned the Golden Haba award in the category “Exchange Student of the Year” in 2016.

1. What teaching methods will EBS be using?
Robot teachers will be there to teach students about technologies like AI (artificial intelligence), Deep Learning and all those fun things.

2. In which countries does EBS have a campus and why those countries in particular?
Austria, because by then I’ll have promoted EBS so much that you might as well open a campus here to meet the demand!

3. What is the official working and learning language at EBS?
English, with a bit of Estonian mixed in, so everybody, no matter where they come from, knows how to yell “Tere, tere” at the receptionist when entering EBS and how to order “Üks cappuccino, palun”.

4. Which are the TOP3 nationalities studying at EBS?
Estonian, Austrian, Italian.

5. Is it possible that an EBS alum could become president, and of which country?
There is no doubt in the world that the wonder woman we all call Liisa Maide will become Estonia’s president one day – Liisa, please don’t make me look like a fool and start working on this career now, please! 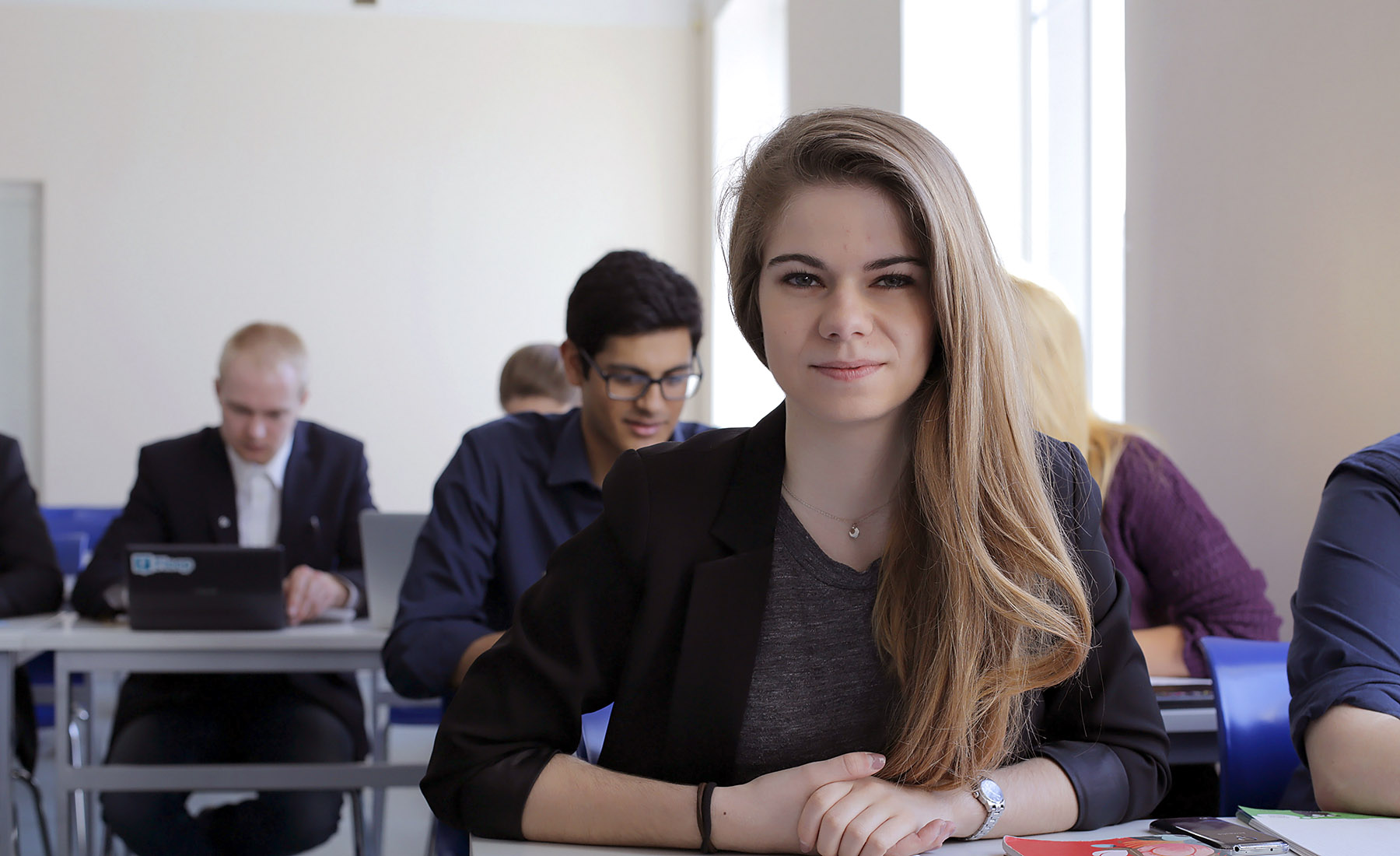 6. What is the most popular curriculum among entrants and why?
The entrepreneurship course, where innovation methods like the lean startup approach, design thinking, Lego serious play and many more will be taught. It will connect students from TalTech, TU and EBS to work on ideas tackling the big problems of our time and making viable businesses out of these ideas.

7. Where and how is EBS celebrating its 40th Anniversary?
All over the world, former students, teachers and staff will be holding small parties, watching the livestream from the celebration in Tallinn and reminiscing about their time at EBS. Former EBS students, who are now running their unicorn start-ups, will fly into Tallinn to hold keynotes.

8. In what currency is the tuition being paid?
Euro. We haven’t given up on it yet.

9. Is there a therapist employed at EBS?
Several therapists. Let’s face it, we all have issues. And talking to somebody every now and again who knows what they’re talking about, finding out more about yourself and reflecting on crazy and not so crazy times is always a good idea. So EBS will have made regular supervision a mandatory part of the curriculum.

10. What is EBS famous for and why?
Having educated an Estonian president (see question #5), having educated most of the unicorn start-up founders of Estonia and its neighboring countries, and the free coffee that’s being served to students 24/7.

12. Does one have to defend their Master’s thesis in order to receive a Master’s level degree?
No. By 2028, EBS will have so many students that it will be simply impossible to have all of them defend their thesis. EBS will be attached to the e-government system, students will upload it online and be graded by their supervisor.

13. What new tradition has developed at EBS?
The S.C.EBS.E. (Secret Club of EBS Entrepreneurs) will host an annual conference in a non-disclosed location. It is strictly for EBS students and alumni who went on to found a business (or more) only.

14. Is the first robot student studying at EBS?
No, however, the first robot teacher will be working at EBS, teaching the students about Artificial Intelligence, Machine Learning and all those other new technologies that have appeared by that time. Professor Pepper will also be able to teach student groups in different languages, since switching to any one of the world’s languages won’t be a problem for her.

15. What do students do to keep themselves invigorated during finals?
Drink coffee. Nothing will ever replace a great cup of coffee. If climate change has affected the weather so much by then, that Estonia won’t be a freezing country all year round, except for two days in summer, they’ll alternatively drink excellent Coldbrew – probably also made by an EBS alumni company – to cool them down.