The complicated gauntlet of external evaluation

How do you know that you are who you advertise yourself to be? Answer: you have to let an outsider assess you.

The accreditation or external evaluation trend began to gather momentum in Estonia at the end of the 1990s and, at present, has become a natural part of ensuring the quality of higher education. Therefore, the spot occupied by accreditation in the life of every university is the same as the festive graduation ceremony each spring.

But a great deal more effort is required by the university, and many more forces must be consolidated, in order to earn accreditation, than the effort that is required by one class of university graduates to successfully conclude their studies.

The legacy of a serious university is its memberships in international organisations responsible for ensuring quality higher education. In 1997, EBS became a member of the European Foundation for Management Development (EFMD). One of the tasks of the EFMD is offering accreditation and quality control for the curricula of institutions offering management related education. If a university passes institutional accreditation, it is awarded the EQUIS accreditation. EQUIS has been earned by two business schools in Finland and four in Sweden, with no schools having yet earned it in the Baltic Republics.

Olav Aarna recalls that during the period 2001–2002, EBS had an ambitious plan for bringing home EQUIS accreditation. “We ran the entire external evaluation gauntlet from start to finish but failed to receive accreditation. We have yet to acquire it, although EBS’s development plan until 2022 has set the central strategic goal of obtaining EQUIS accreditation. I believe that we are better prepared for this now than we were 20 years ago. But this does not mean that we should not have made the attempt at that time – running a gauntlet of that type provides invaluable experience”.

The fact that EBS failed to receive EQUIS accreditation in 2002 does not mean that the school has done something particularly poorly. Just the opposite, the general assessment given to EBS was positive. For example, the auditors from EFMD wrote that, taking into consideration the complicated background, in a relatively short period of time a modern and well-functioning business school has been built. The high rating was earned by the full-time instructors at EBS: erudition, understanding of business education goals and the directions of development, modern teaching methods and literature. The curricula, level of instruction and students were also recognised.

A management scheme that differed from that of a standard university and the knowledgeable and efficient administrative employees were considered to be the strengths of EBS. Negative factors that were cited concluded that the research potential of the teaching staff could be greater and instructors could work together more. It was also found that the alumni resource is used too infrequently at EBS.

In 2001 EBS was the first Baltic business school to receive a five-year accreditation from the Central and Eastern European Development Association (CEEMAN). The next CEEMAN accreditation was earned in 2008. In particular, the evaluators cited the university’s international character and research works. 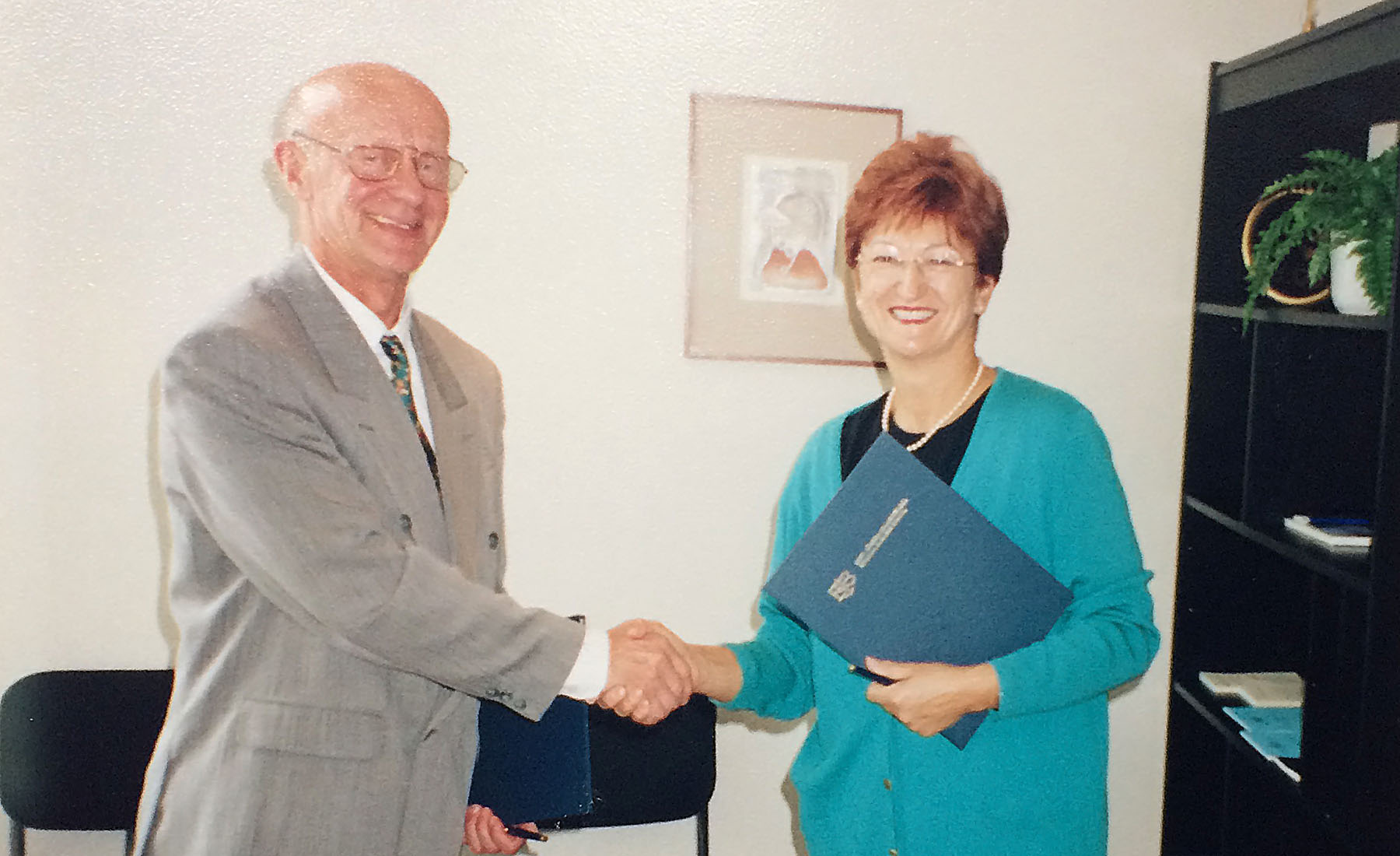 In 2013 EBS completed institutional accreditation by the Estonian Quality Agency for Higher and Vocational Education (EKKA) and received accreditation for seven years. The international assessment committee provided a positive assessment of the management of the EBS organisation, the organisation of learning, research activity, as was well as the serving of society.

In 2016, EBS earned an important recognition. The English language International Business Administration Bachelor’s level curriculum was the first in Estonia to receive one of the highest recognitions for a business school – the EPAS accreditation from EFMD. This shows that the quality of education at Estonia’s oldest private university meets the standards of the best business schools in the world.

Anto Liivat, Director of the Bachelor’s programme at EBS, finds that it is not enough for students, especially students from abroad, that the curricula at EBS has been awarded national accreditation or that EBS is the oldest business school in the Baltic region. “We must make a greater effort than the minimum state requirements require that we make. Only the ability to compete with the best business schools in Europe and elsewhere in the world ensures us the highest position on the international education market, brings EBS more foreign students and instructors, and allows us to help with Estonia’s economic development”, confirms Liivat.

Madis Habakuk was one of the founders of the international management development association, the Central and Eastern European Development Association (CEEMAN).

The goal of the organisation, established in 1993, was to speed up the development of management quality in Central and Eastern Europe. The grip of CEEMAN has since expanded across the world and the number of member organisations has risen to 220.

In 2006, Madis Habakuk was selected as the first representative from the Baltic Republics to serve as a supervisory board member at the European Foundation for Management Development (EFMD). Two years later, Habakuk was re-elected. EFMD has more than 500 member organisations, among which are universities, companies, management training centres and also investigative bodies.

EBS among the 300 best in the world

Eduniversal, which is responsible for ranking business schools, uses a method which allows for a comparison of schools from one country or region with those of another. The maximum possible score is five palm leafs. Five palm leafs are given to the 100 best world class business schools – such as Harvard Business School and London Business School. EBS has so far received four palm leafs, although the university has a definite plan in place to earn that fifth palm leaf.

Toomas Danneberg at the Award Ceremony in Perth, Australia. 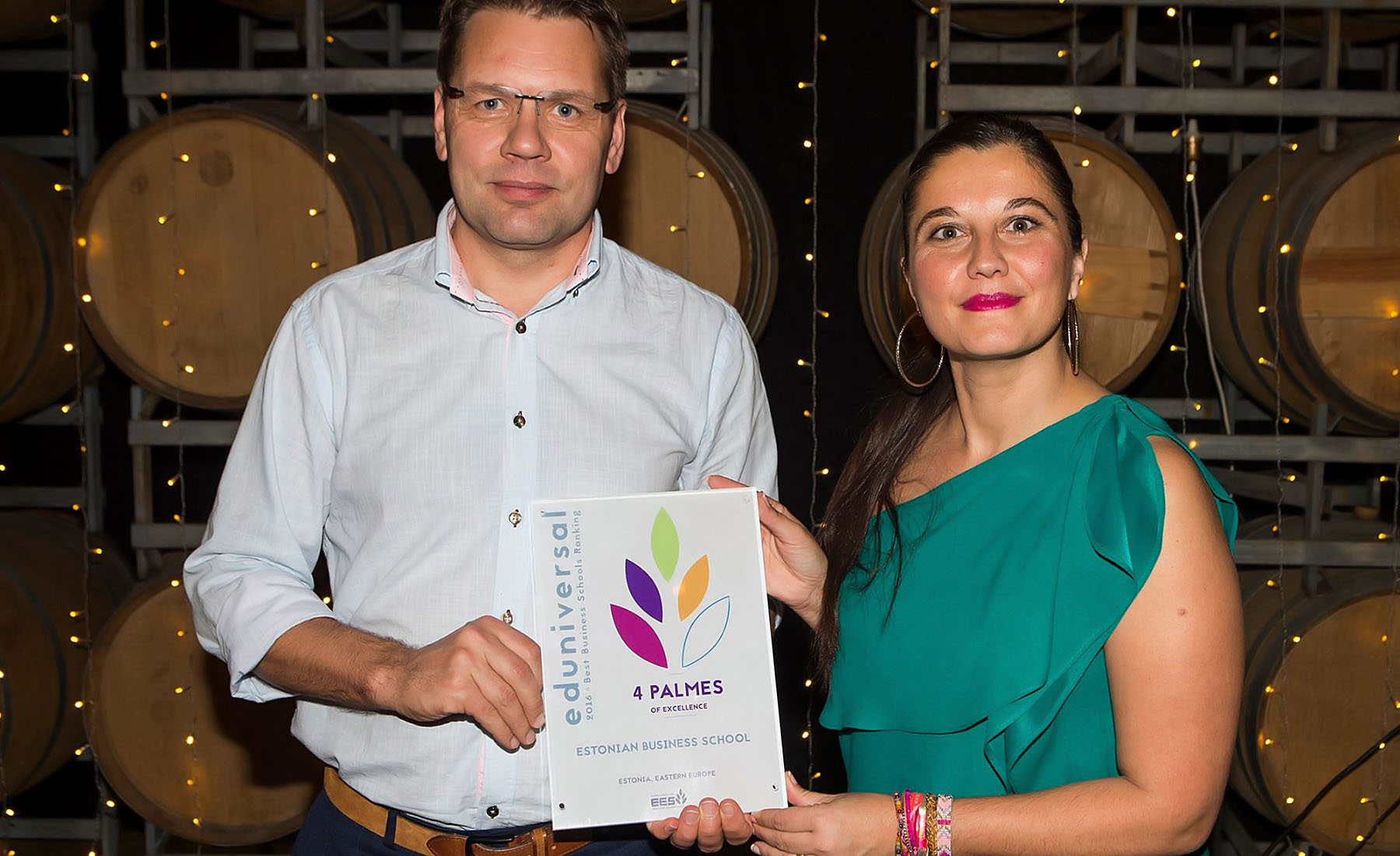 “The next step is to earn that final missing leaf, and be in the absolute highest category, i.e. the 100 best business schools in the world!”, said Toomas Danneber, EBS Vice Rector for International Cooperation, in 2016 during the presentation of the recognition at Eduniversal’s annual conference in Perth, Australia.