EBS – at the time bearing the name Eesti Kõrgem Kommertskool – had developed within a period of less than 10 years since its founding, into a university to be taken seriously, where more than 1500 students were studying.

To be honest, Madis Habakuk never had such lofty goals when he founded the school. This is evidenced by an article that appeared in the Õpetajate Leht in 1997. The journalist asked Madis Habakuk: is the Eesti Kõrgem Kommertskool now the way you envisioned it would be?
Habakuk answered: “Of course not! Our plans were much smaller. In my mind’s eye, I didn’t see a university back then. Even when I had made the decision to begin offering a degree programme, my colleagues in the United States and Canada felt that it was too complicated. So it is that my plans have been surpassed”.

What’s more, EBS was able to surpass the plan in a highly competitive environment. They had to compete with public universities as well as privately owned institutions of professional higher education and universities. In 1990 there were around 20 private providers of higher education, with about a dozen of them providing financial and business education.

Concordia University was one of about a dozen private universities where economics and business were taught in the 1990s. Like EBS, Concordia also held its graduation ceremonies at the Estonia Concert Hall. 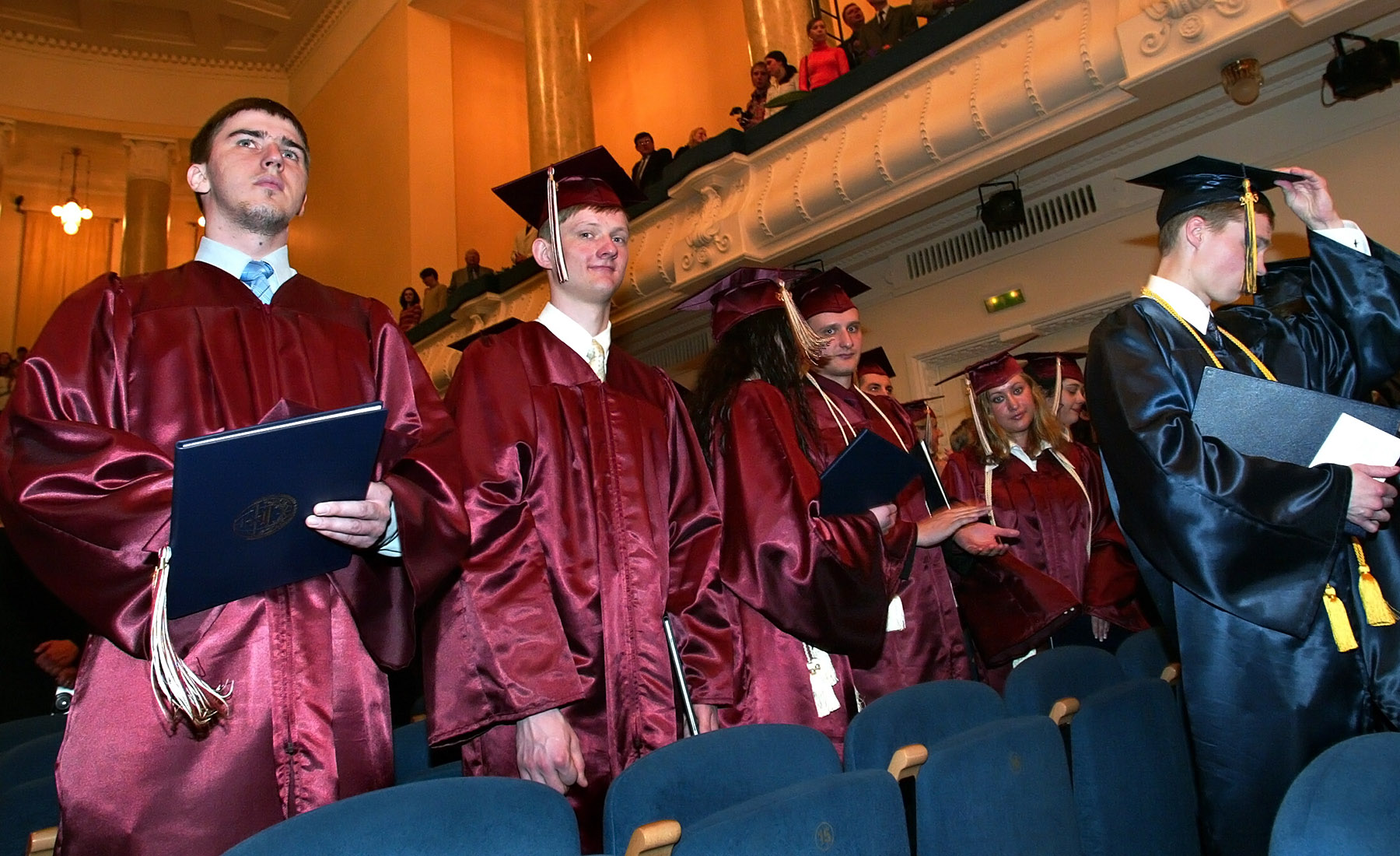 Remember these names – Concordia University, Estonian American Business College, Tallinn Business Management College, I Studium, and Audentes? The list is not even close to being complete, and there would be no point in completing it, since some of them have gone bankrupt since 2000 and others have merged with each other or a public university. But not EBS – Estonia’s oldest private university has remained firmly independent.

During the 1990s there were several dozen private institutions of higher learning in Estonia, with a dozen of them providing economic and business education.

Professor Olav Aarna, former EBS Rector, is convinced that EBS played at least an indirect role in the development of Estonia’s higher education system “It was a source of inspiration for several other entrepreneurial people, who in the second half of the 1990s and the beginning of this century, founded new private institutions of higher education. In the end there were too many of them – at their peak, in 2002–2003, there were 50 educational institutions offering higher education curricula. Today there fewer than 25 remaining and even that is likely too many for such a small country as Estonia”, notes Olav Aarna.