No money, crisis in the house

It is said that no two years are the same. EBS experienced this saying painfully.

While a profit of 700,000 roubles in 1989 was an incredible amount, things unfortunately didn’t go so well in the future. The reason was simple: The Soviet Union was moribund and Estonia along with it.

The situation in the country was summarised quite well by Edgar Savisaar’s activity programme from 1990. It begins with the words: the government acknowledges that Estonian society is in a deep crisis. This is the Baltic variant of the general crisis in the totalitarian society of the Soviet Union, the basis of which is the irreparable lack of efficiency of the current method of production and the organisation of society built upon it, in comparison with the modern developed industrialised society. The crisis will deepen.

The government was right – the crisis did deepen. Store shelves were bare of goods, there was no fuel for ambulances, and coping in everyday life became a task that required ever increasing ingenuity.

The events taking place in society in 1991 began to take a serious toll on EBS. It was no longer possible in big Soviet undertakings for directors to be away for weeks at a time studying. Undertakings encountered difficulties, they no longer had cash and the brighter minds left for the private sector. The consequence of this was that companies fragmented, the economy declined and the purchasing power of the Russian rouble declined.

In 1990 annual inflation was already at 79% in Estonia, and in June of 1992, when the Estonia Kroon entered circulation, there was hyperinflation. This meant that the value of the rouble had fallen, not in months but in weeks or even days.

The tuition fee rose every month

For EBS this meant an especially complicated situation for tuition fees and employee wages. In February of 1992, Madis Habakuk, who had organised the practical training in the United States, received an emergency letter from Estonia: “Come home quickly, we are unable to pay next month’s salaries for our employees”. Luckily the employees received their salary, since management had converted a portion of the roubles into dollars, which saved them from this tearful situation.

In the case of tuition, the resulting hyperinflation required that tuition fees be increased on an almost monthly basis and the increase in price had to be explained to the students. Head of Finance Tõnu Küttmaa recalls: “At the beginning of December 1991, when everyone was at the EBS gala, I had to meet with the master’s students, who wanted to know why the tuition was increasing yet again. They were in a group of about ten people, all respected individuals, and I had to give them justifications on my own. Once the Estonian Kroon appeared in June 1992, the situation stabilised”.

There were other unpleasantries associated with the tuition fee, it was accepted in cash, so that the large stacks of cash provided by the students had to be counted precisely, to make sure that there were no errors. This took time. Next, the cash had to be taken to the bank, which could prove to be a dangerous journey. Tõnu Küttmaa recalls that in order to minimise risk they frequently went to the bank in pairs. “But there weren’t very many men at EBS, besides myself, Madis and a few other men. Which is why I frequently took the money to the bank with Madis, and he always recommended that I go first and he would follow a couple of metres behind – if someone attacked me, then he would hit the attacker in the legs – Madis was a former wrestler”.

1992 was the most difficult year for EBS in terms of money. “We were able to calculate to the extent that the money never ran out. We had funds deposited in a bank account at AS Eesti Sotsiaalpank, but we had problems accessing it, since cash, like all other goods, was in short supply. Which meant that cash had to be ordered in advance,” recalled Küttmaa. An inseparable part of those “bank transactions” was maintaining good relations with the women that worked at the bank. A classic tactic worked well in this case: on Women’s Day and other important dates, we brought flowers or chocolates for the fairer sex, and this helped us on occasion to work our way ahead in the line for recipients of cash.

Even so, flowers and candy didn’t make the lines disappear and despite the fact that the necessary sum was always ordered in advance, one had to stand in line for hours to get it. Even if it happened that only one person was in line in front of you it was too early to rejoice. Tõnu Küttmaa vividly recalls how there was only one woman in front of him at Sotsiaalpank waiting to withdraw cash. “I was of course happy that things would go quickly today. Two men then appeared next to the woman with large suitcases – it soon became clear that they were from Dvigatel and had come to collect money for salaries, the counting of which into the suitcases took from 90 minutes to 2 hours,” laughs Küttmaa.

One also had to stand in line to purchase traveller’s cheques. These were needed by Madis Habakuk, who travelled to North America twice a year – in the winter to search for instructors and prepare the course and in the summer together with the students. “He needed traveller’s checks in either United States or Canadian dollars. This meant that he had to go stand in line at 9.00 in the morning, when the bank opened. If my turn had not come up by lunchtime, at 12 or 13, then I had to return the next morning.

I particularly remember the winter periods, since I was wearing heavy overclothes – I removed my coat, but since the number of seats was limited, I had to stand for 4-5 hours, coat over my arm, and pray that I would get the traveller’s checks,” remembers Küttmaa.

The tuition fee was paid in cash. 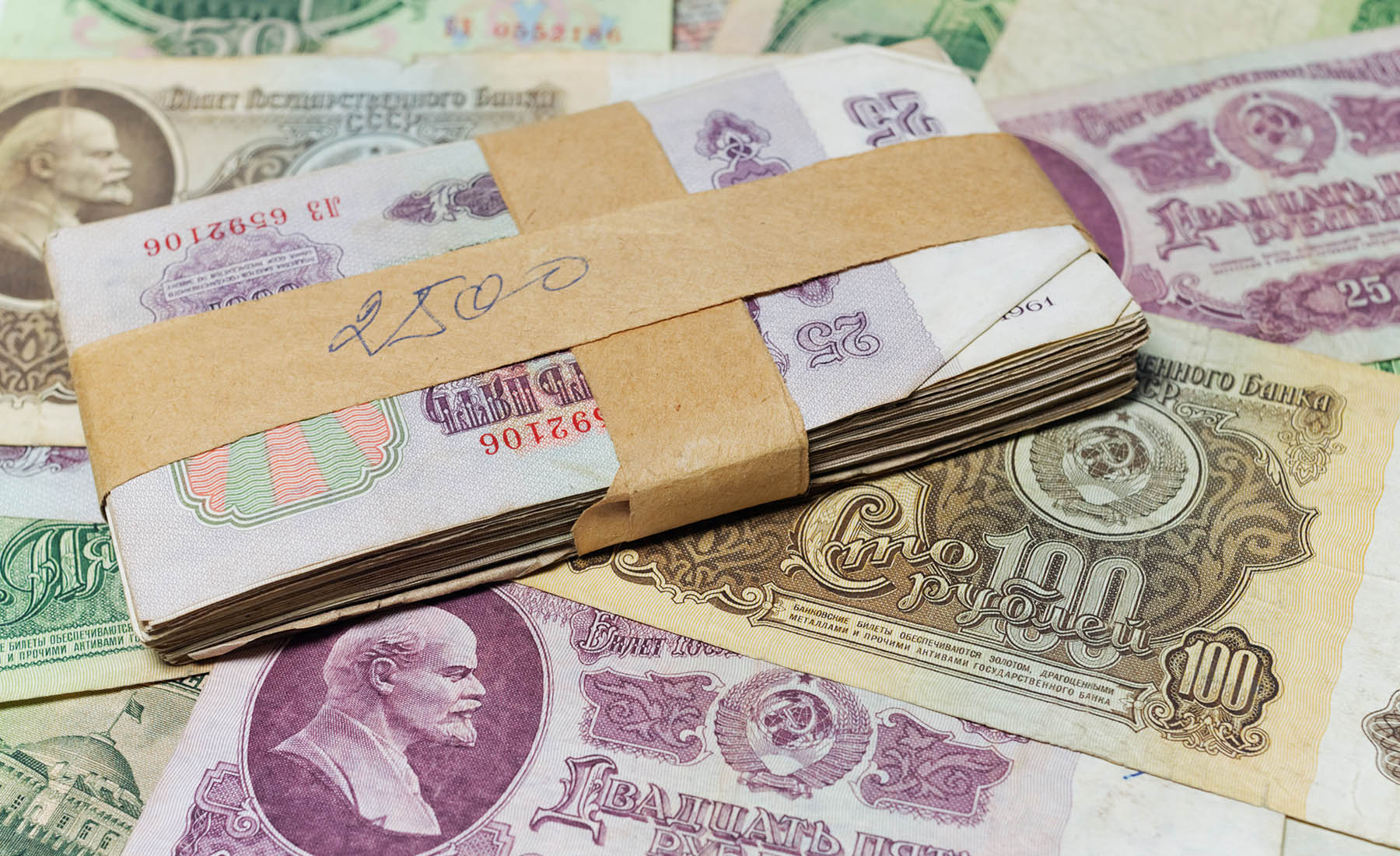 Since the times were difficult, great difficulty was encountered in assembling IB3 and IB4, which were already working at the master’s level. Nothing helped when it came to drumming up the same level of interest in the courses that had existed before – even advertisements purchased by EBS. And as if there weren’t enough worries – to top it all off the practical training for the course in Kiel, Germany, was cancelled.

The opportunities for practical training took a turn for the worse in both Canada and the United States, regardless of the fact that expectations were high. According to all expectations, the United States was supposed to host the highest level summer internship that EBS had offered thus far.

Madis Habakuk recalls that EBS had an agreement with the University of San Francisco, which was supposed to host the course during the summer. In addition, a decision was made under pressure from the American side of the EBS Board of Directors that all students arriving for practical training in the United States would be provided with specialised work.

In 1990 EBS students took part in a summer course organised by the University San Francisco, in the United States, and traineeships with companies. 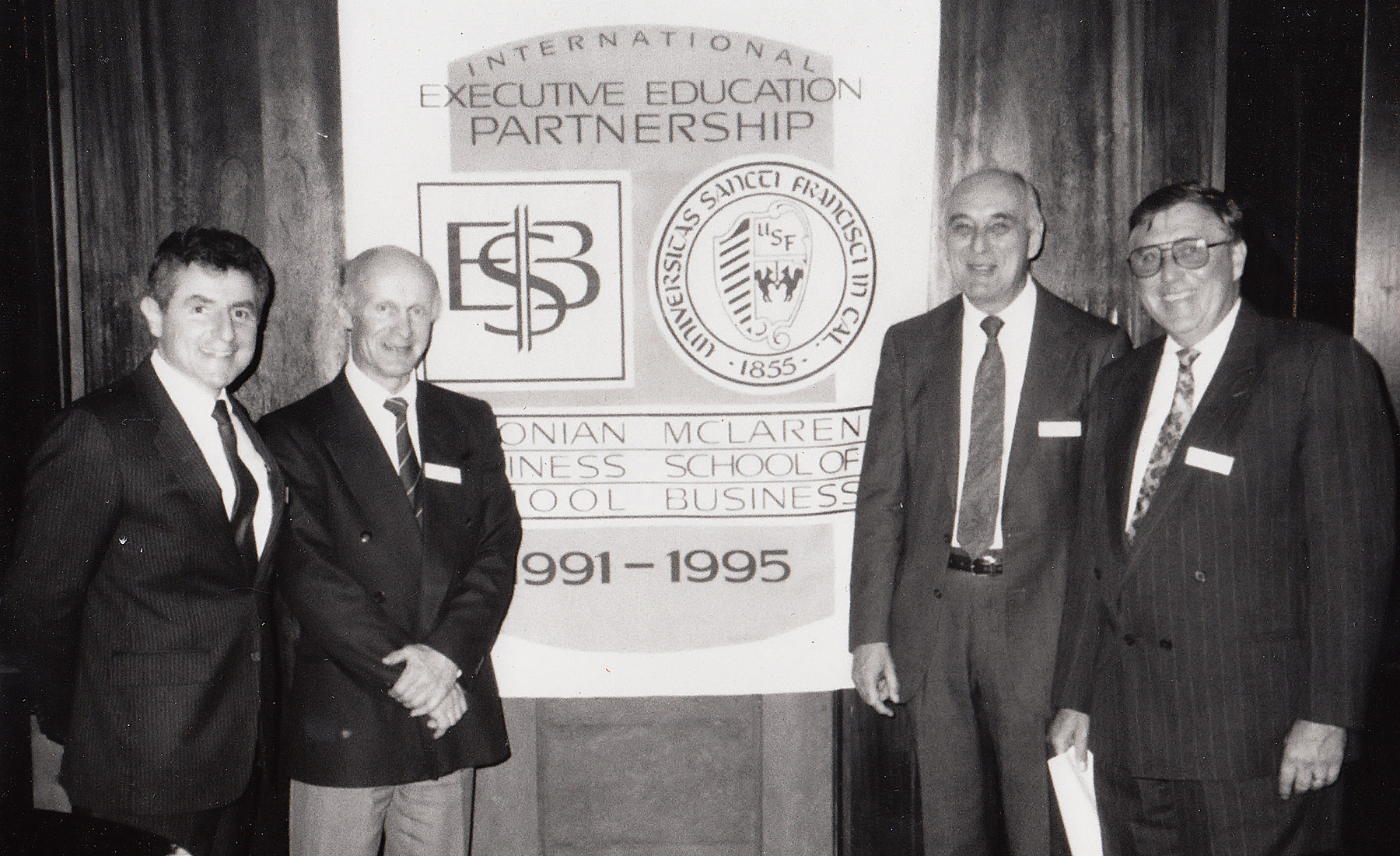 “Unfortunately, that decision, which passed under the proposal of Marshall Fitzgerald, was not feasible. A period of unemployment began in the United States at this time, and the EBS students, who were unprepared professionally as well as linguistically were, naturally, unable to find work. Under such conditions it is never feasible. But the promise had been given, it was taken into account and naturally created a very negative attitude among the majority of students.

In addition there were other misunderstandings. A reception in honour of our students took place at the School of Business at the University of San Francisco, at which Professor Eugene Muscat expressed his thanks to local project manager, Barbara Punt, for the donations made for the EBS students. This donation was nothing more than a gift of pens to the students. However, the students assumed that the word “donation” referred to a monetary gift that had not been passed on to them. This was the last straw. The story ended with mutual accusations in the newspaper, which naturally ended with neither a win for EBS nor the prestige of students”.

The situation in Canada was also nothing to write home about. The Estonian’s no longer had as many places in the practical training as before, since the Canadian government was financing the Eastern-European and Soviet Union programme, and not Estonia, as they were interested in expanding potential business connections to as many countries as possible.

Even so, the beginning of the 1990s was accompanied by more than events in a minor key. There were also successes. For example, connections were made with ISG (Institut Superieur de Gestion), in France, and one small group of Estonian students was able to take part in practical training in Lyon.

In Estonia, our school is, without a doubt, unique in that we are purely a business school and are the only one our kind in Estonia. This is not a random choice, instead we have planned it this way since the founding of the school. When the school was founded in 1988, and I was specially trained in the United States, there was one truth: do one thing, but be the best at it in the world. We meet international business school criteria and therefore fit in well in the network of international business schools. And I can confirm with great conviction that we will never involve ourselves with any other activities.