Harmony on stage and backstage

The activities of the EBS chamber choir, which celebrated its 20th anniversary this year, can be summed up as follows: harmony on stage and backstage.

Choir members characterise each other as a group of friends with a good sense of humour and a passion for singing on the highest level of professionalism possible. The choir consists of EBS alumni, staff members and students. Kersti Seitam and Tõnno Piigli currently serve as conductors.

Interestingly, when the choir – initially known as the EBS mixed choir – was first established in 1998, it was the first choir in the private higher education institutions of Estonia. 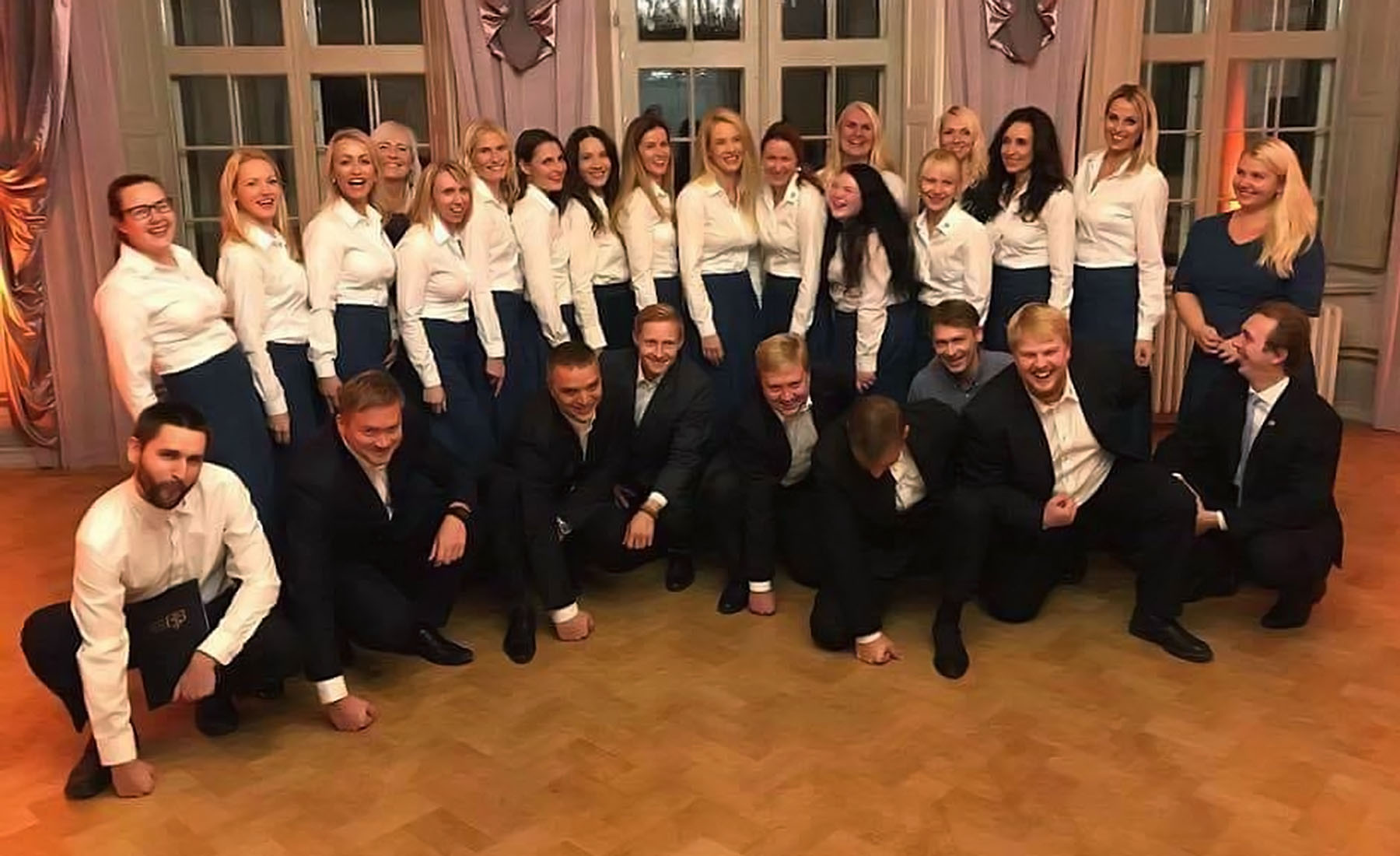 Choir members Mona Mägi and Maiko Kalvet have described the choir’s babysteps in the EBS yearbook 1999: “Having just arrived from the EBS summer days, a group of us took the stage at the beer festival Õllesummer. Reflecting on our actions later on, we found such a collective to be completely warranted. We decided to go for it. When Olev Rei introduced us to his sister Kai, a professional choir conductor, the matter was settled. Rehearsals started in October.”

Over the years, the choir has participated in various competitions, both within and outside Estonia, regularly organising choir camps, issuing records, and taking the stage at EBS admission and graduation ceremonies. As has become tradition, the choir performs at the Christmas concert in December, featuring guests such as Maarja-Liis Ilus, Chalice, Ott Lepland, Uku Suviste, Siiri Sisask.