In the middle of the last decade of the 20th century, EBS had become a credible university, one that offered a classical university education at three levels. Where next?

Why not return to its roots and see what could be done on the shorter-term training market.

The CEO and majority owner of EM-International, Tiit Elenurm (on the left), sold the majority holding to EBS in 2000. A year later the EBS Management Training Centre was established on the basis of the EBS Open University and EM-International. 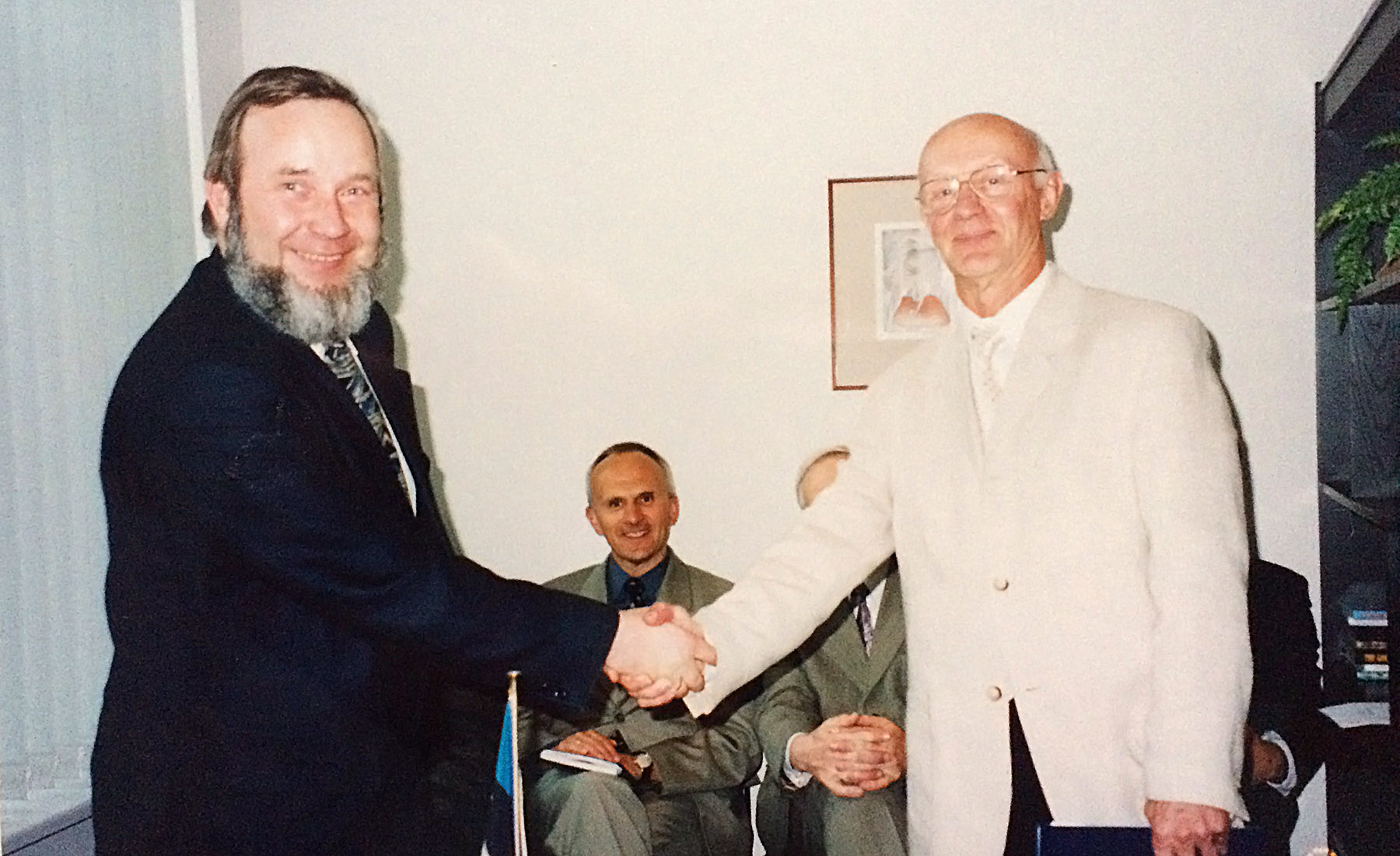 EBS had been searching for some time for a man who would start-up our consulting service. Madis Habakuk described the situation this way: “When Mati Sööt appeared and thought that he could be that man, the position of Vice President was immediately created in the field of training and consulting”.

In November of 1995, Vice President Sööt began to manage the Training and Consulting Department, the goal of which was to offer training and consulting to people with and without an education in economics. The main emphasis was on business training programmes. Of those, the most attention was earned by the financial accounting course.

Since the Russia crisis had not yet happened, securities markets were a popular topic. Courses were organised for preparing business plans, business etiquette and communication. Tourism training was also offered, in order to provide professional training to those employed in the tourism sector and people wanting to work in it.

During the first years of operation, something was found among the services of the Training and Consulting Department, which appears somewhat unexpected at first glance – namely, employers and those searching for employment were brought together. The EBS Year Book for 1997 mediates: “This service was the result of a need to help students find jobs that met their preparation, capabilities and expectations. Information on jobs as well as training opportunities can be found on the ground floor bulletin board and the school newspaper”.

Jan Andresoo, EBS alumni and later managing director, was the driving force behind getting EBS Open University up and running. 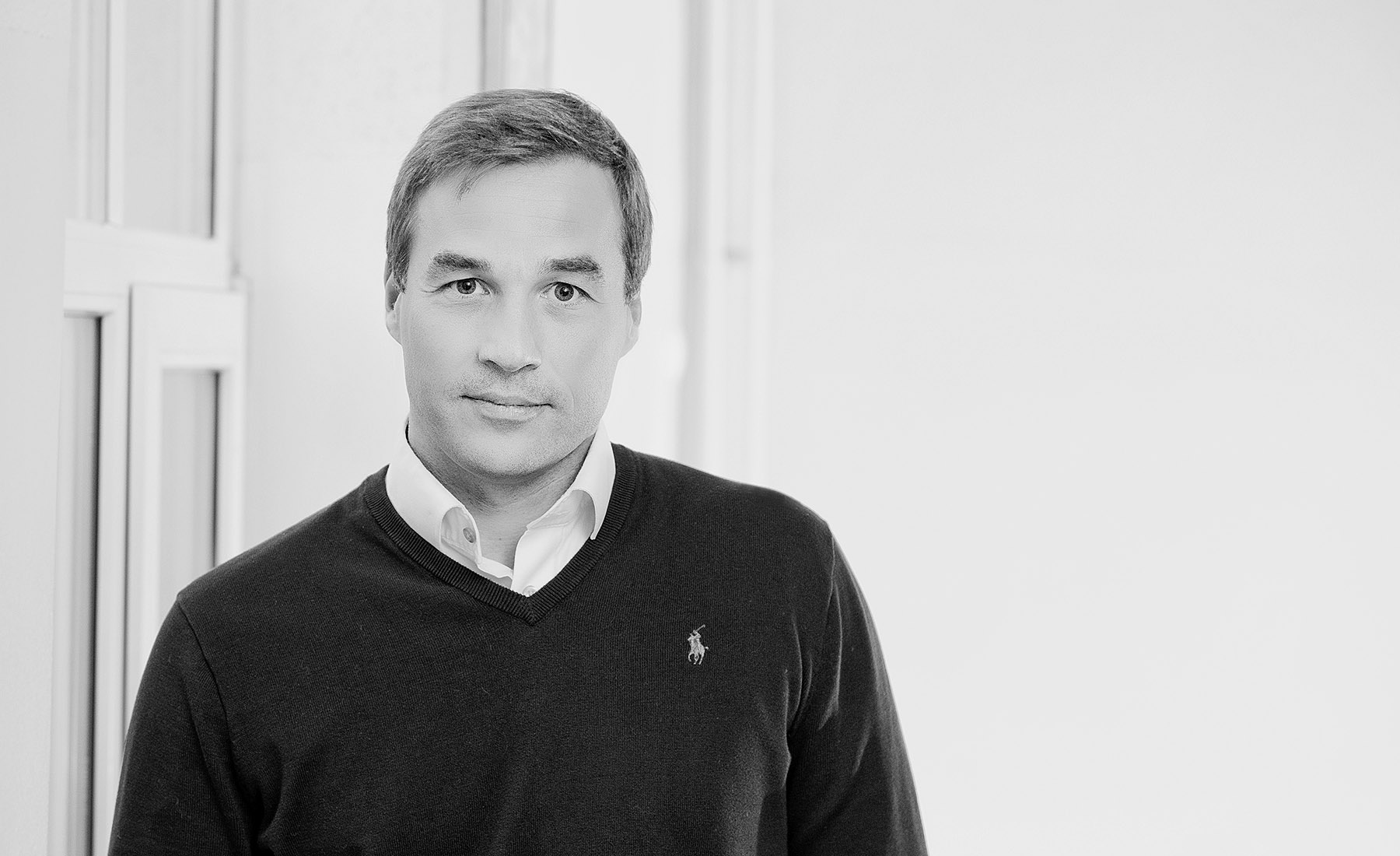 The Open University was the result of the natural continuation of the development of the Training and Consultation Department. In 1998, the EBS Open University was opened in the literal meaning of the word: it was open to everyone who wanted to improve themselves, but whose goal was not to become an enrolled student. Those interested in self-improvement were able to, and are still able to, select from among the university’s subjects or refresher training courses those that interested them.

After Mati Sööt left EBS, the Open University lumbered on in the shadow of death. But this changed in the spring of 1999, when EBS alumni Jan Andresoo took over management of the Open University. Regardless of the fact that the training market was new and unknown to Anderson, the fresh director grabbed the bull by the horns.

“It was a very interesting time: the entire structure had to be rebuilt from the ground up. I recruited a couple of my classmates and we began to operate in the training sector,” said Jan Andresoo. Among other things under Andresoo’s direction a mini-MBA was brought to market. It was a symbiosis between formal higher education and refresher training, during the course of which companies and organisations were able to design formal higher education based on the company’s strategic goals.

It was soon time to take the next step in the training field. In February 2001, EBS established the Management Training Centre. Its foundation was spread between two training institutions: these were EM-International OÜ, established by EBS in 2000 and the EBS Open University. The merging of this institute of higher education and training company was the first of its kind in Estonia.

The goal of EBS and EM-International was ambitious: to merge together the university’s academic knowledge on the one hand, and the practical experience of refresher training on the other. The plan also included entering foreign markets, since the refresher training market in Estonia was, and still is, small. A year later Maru Koolituskeskus (Maru Training Centre) merged with the Management School Centre.

In addition to the offer of refresher training, the EBS Management Training Centre began to prepare employees with master’s level degrees for specific companies. The subjects of the new MBA programme were the same as in the university, although in practical terms the problems of specific companies were dissected. Nearly one third of the first group of participants were workers from the Port of Tallinn, who were able to implement in practice the theories they heard during lectures.

Many managers have not specifically studied management, but have instead had to learn it on the job. This reduces efficiency and moreover we all know what is said about people who learn from their own mistakes. Therefore, it was felt at EBS that the time was right for bringing the analogue of the Executive MBA programme offered at the London Business School, or INSEAD, to the Estonian market.

After several years of intense preparatory work, the first Executive MBA programme began at EBS in the autumn of 2001. As the term “executive” suggests, the programme is intended for top level managers with management experience, so that they can develop their management skills and at the same time, the company they are managing.

EBS Executive MBA programme instructor Alar Kolk confirms that the Executive MBA programmes are more important now than ever before. Alar Kolk: “Students aren’t given a lot of books or articles to read in Executive programmes, instead the participant is able to try in practice how they could actually implement ideas. At EBS we do precisely that: on the one hand we look at what the new concepts and tools are for modelling a business, developing products and organising financial management. On the other hand, we bring all of this experimenting to the classroom, to see how these new concepts work on your business”. 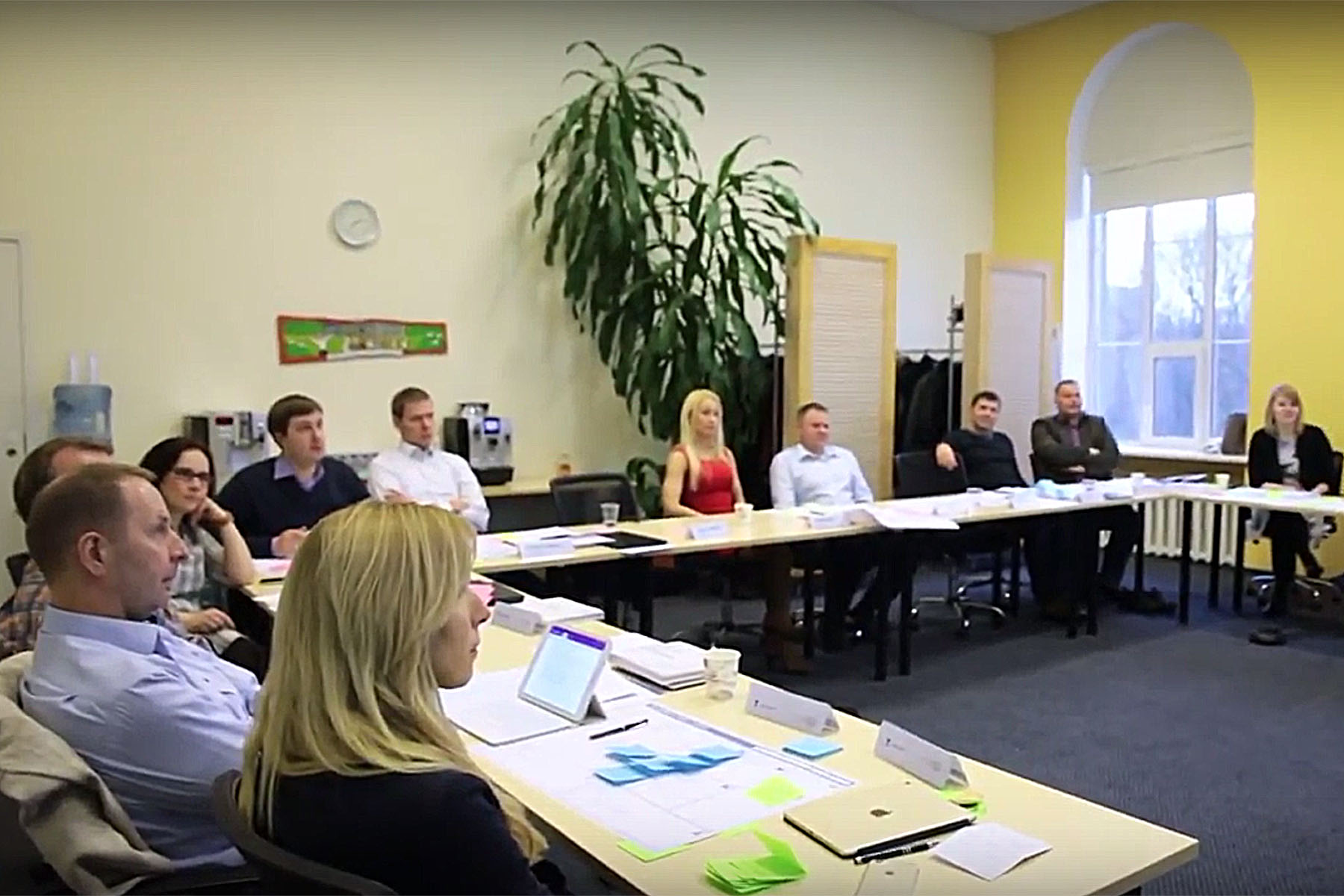 All study work is thus built upon resolving the company’s management cases. This means that the participants in the Executive MBA programme do the majority of their homework on the company that they are managing. An integral part of studies is the educational trip abroad – with the selection having included cities from Berlin to Shanghai. And last, but not least – the cherry on top is the opportunity to discuss matters and exchange experiences with course mates, who have a great deal to share when it comes to their management experience.

Urmas Hiie, ETS Nord Management Board Member, who participated in the Executive MBA programme, does not keep his satisfaction to himself. “The programme has been put together well, moving from general knowledge to specific business processes,” finds Hiie. Mati Pops, Head of Citicon, adds that this is an excellent opportunity to study along with senior managers from other fields and to listen to their first-hand experiences with life and business.

Long-term activity in the training of senior managers gave EBS Management Training Centre the impetus to change its name – so that the name would better reflect was is actually being done. Starting in February 2018, the management training centre’s new business name is EBS Executive Education.

As of 2018, more than 200 owners and senior managers of Estonian companies have completed the Executive MBA programme.